1. What made you get Thea in the first place?

We had a dog called Neo who died in 2019 in an accident. We were devastated as a family. Being at home without having a dog did not feel like home anymore. After a lot of soul searching we decided to get another dog but did not want to feel like we had replaced him so we chose a female but the same breed.

2. Why did you choose a German Shepherd?

German Shepherds are an intelligent breed. They are good to train and very loyal and loving. We like their size and markings. Thea lives inside like our past dogs and her breed is a good deterrent against intruders as an added bonus.

3. What is the most rewarding thing you have found about owning a pet?

They give unconditional love. To come home and be greeted by a dog is lovely. I love the cuddles, training, walks and games we play together. She doesn’t give me as much attitude as the rest of my family.

4. Have you encountered any problems (illnesses, behavioural, social) with Thea?

Illnesses – unfortunately approximately 6 weeks after Thea had been in season she started bleeding again. Over the next few days she wanted less cuddles, was eating less and seemed lethargic. She had a larger bleed that looked pinky brown in colour. At this point I turned to good old google and through entering the symptoms I was pretty sure it was pyometra. This is a life threatening infection of the womb if left untreated. I called my vet who didn’t seem concerned but offered to see her that day. This was at the height of lockdown on a Sunday. They took Thea from me in the car park and walked her back out of the clinic 5 minutes later. They told me I was right and it was severe and she would have been unlikely to live more than 2 days longer. They took her back in and performed an emergency spaying and removing the infected uterus.

Behavioural – barking in the garden at the neighbours dogs and lunging at other dogs to try and play. We are working on these!

5. What is your top tip for people thinking about adding a pet to their family?

Myself and my husband work opposite shifts so it’s rare that there isn’t someone at home. Lots of dogs suffer from separation anxiety. Make sure that a dog will fit in with your lifestyle. We put an advert out at work to borrow a dog while the owners went on holiday. We ended up with a German Shepherd called Timber for nearly 3 weeks. It was a great insight to having a dog and how it would work for us. I have 2 daughters who were only 3 and 6 at the time. Also many take on dogs only to find that one of the family members is allergic. Too many dogs are bought and resold because it doesn’t work out.

6. Do you have any funny stories to share with us about Thea?

We bought a 15 metre training lead. Not only has my husband been wrapped around the legs causing him to fall over on a busy beach, but I’ve overthrown a ball causing me to superman across the park as Thea enthusiastically went to retrieve it. 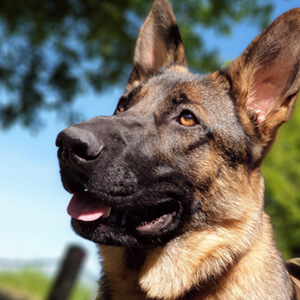 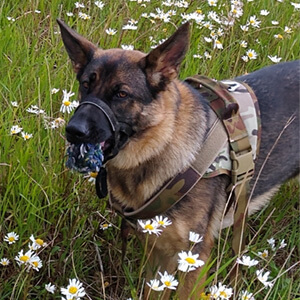 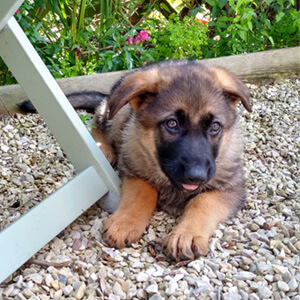 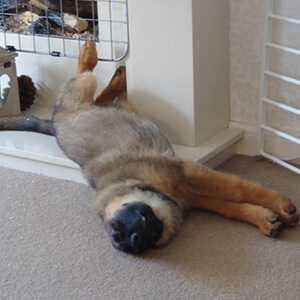 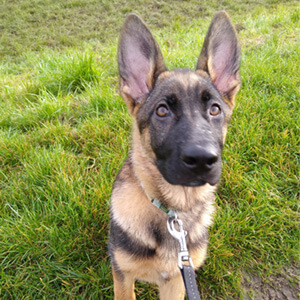 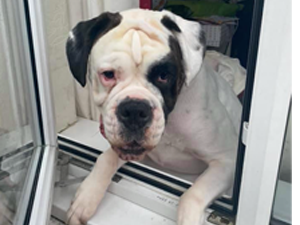 Meet Ray Donovan and Matilda. These Boxers have great names and big personalities to match. Ray is loud while Matilda is a big scaredy-cat.
Read more > 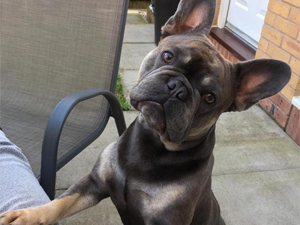 Meet Helen and her Frenchie, Franc. This photogenic little guy has a cute face and a large personality to match. He loves cuddles and walkies.
Read more > 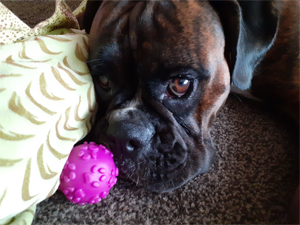 Meet Leanne and her beautiful Boxer, Nana. Read about how pre-existing pet insurance saved Nana from a lifetime of pain in her hip.
Read more >
Menu
Share via
Facebook
Twitter
LinkedIn
Mix
Email
Print
Copy Link
Powered by Social Snap
Copy link
CopyCopied
Powered by Social Snap
To help you get the best experience from our site and to tailor, measure and validate ads, campaigns and offers we use cookies. By clicking on or navigating the site you agree to allow us to collect information through the use of cookies. Find out more about how we use cookies in our privacy policy.
Close