What made you get Pepper in the first place?

Pepper is a rescue cat. We chose Pepper because she was kept in a room by herself away from other cats, she doesn’t like sharing.  I must say she had a life of comfort with a tv too!

How did you choose the breed?

I’ve had cats all of my life, just one at a time and never a specific breed. I like a cat with spirit and I’ve the bite marks to prove it!  She will let you pet her until she’s had enough!

What is the most rewarding thing you have found about owning a pet?

She has a great personality! She has taken to sitting on the back of my sofa and playing with my hair, sometimes using her claws, then the occasional nip to my head, I think she’s grooming me!! If I’m reading she will sometimes sit next to me and put her paw on my arm and look at me, her way of telling me she’d like to sit on my lap, she will try every way to get on my lap.

She gets excited when she sees us each morning, the tail quivers lots!

Have you encountered any problems (illnesses, behavioural, social) with Pepper?

Pepper has generally been very lucky with her health. Although I’ve had a tetanus injection (when we first got her she bit me, probably after killing something in the fields and my arm was infected) but I love her to bits.  She’s still getting used to our new house.  She uses her cat flap and has the run of the house downstairs at night.

She is now five and a teenager, with teenage strops! She is very picky with her food. One week she likes something, the next I get a very dirty look to say, “Why have you put this on my plate!!”

What is your top tip for people thinking about adding a pet to their family?

Do you have any funny stories to share with us about Pepper?

When we moved into our new house in October and started to unpack everything. Our new house has eaves in the bedrooms upstairs and Pepper managed to get in whilst our backs were turned.  We looked for her but couldn’t see her so we presumed she has gone back downstairs.  We looked for her and could hear her meowing all over the house.  It seems she had squeezed herself into a small space and climbed down the bottom of the house.  Now she couldn’t get out!! We had to call the local cat protection league. Two ladies came and proceeded to knock a hole in the wall for Pepper to climb out, but there was a beam in the way!! So our lovely new house now had a hole in the wall.  They suggested we phone the fire brigade which we did, the gentlemen came with a big fire engine, lights flashing, this was now 2 am in the morning.  They came with heat sensing cameras and walked round and round but no Pepper.  They left and said if we hear her to call them back.  An hour later we heard her just as we were going to bed, around 3.30 am – they came back and with the heat seeking camera eventually pinpointed her.  They made a hole in the wall, and with that Pepper shot out like bullet from a gun straight to her food bowl. We thanked the Fire Officers and duly sent a donation to their charity and a donation to the Cats Protection League and then had to have the wall replastered and repainted.  She is not allowed upstairs at all now, just in case!!!! 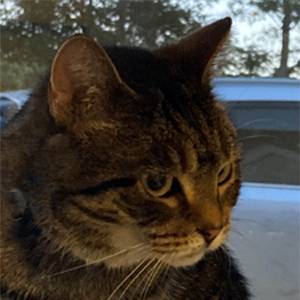 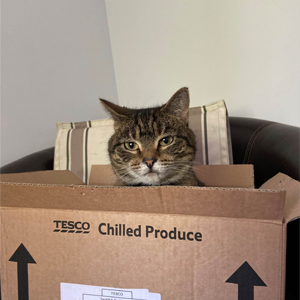 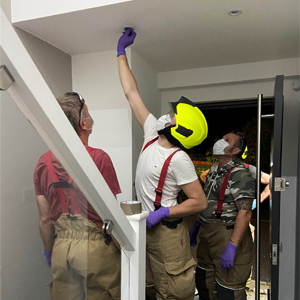 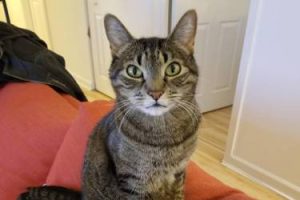 Homekeyboard_arrow_rightMember StoriesKelly and WillowMember name: KellyPet name: WillowPet breed: MoggiePet age: 14 years1. What made you get Willow in the first place? I grew up with cats in our house…
Read more > 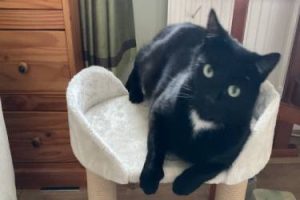 Frankie and MaxwellTime to read: 8 mins What made you get Maxwell in the first place?  I adopted him when he was a tiny kitten from someone who was moving…
Read more > 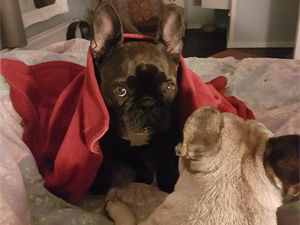 Meet this adorable pair Sophie and Otis. Sophie was less than impressed when Otis joined the family but now they are the best of friends.
Read more >
Menu
Share via
Facebook
Twitter
LinkedIn
Mix
Email
Print
Copy Link
Powered by Social Snap
Copy link
CopyCopied
Powered by Social Snap
To help you get the best experience from our site and to tailor, measure and validate ads, campaigns and offers we use cookies. By clicking on or navigating the site you agree to allow us to collect information through the use of cookies. Find out more about how we use cookies in our privacy policy.
Close