Bernese Mountain Dogs or Berner’s, as they are affectionately known, originate from the canton of Bern. They are a friendly and calm breed that forms very strong attachments to their owners. Their great temperament makes them a great family pet. 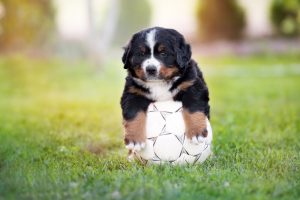 What to consider when owning a Bernese Mountain Dog

They are large and playful animal that will require a lot of space. Having a secure garden for your dog to run and play will be great for your Berner to release some of their energy. They are sensitive dogs that love to people please so proper socialisation is required to help your Berner to gain confidence and interact with different types of people and dogs they will come into contact with. They are a very affectionate breed that forms strong attachments with their owners. They cannot be left alone for too long as they suffer from separation anxiety. 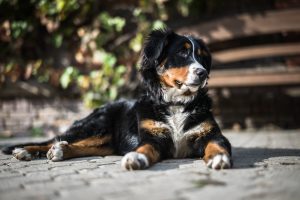 Where possible, it would be best to adopt rather than shopping, however if that’s the intention then Bernese Mountain Dog puppies can cost anywhere up to £2, 000 depending on their lineage.

On top of the purchase price you’ll also need to consider initial costs of things such as vaccinations and neutering, as well as ongoing costs of food, preventative healthcare. They are large dogs which means they are likely to be more expensive than a smaller breed. Some of these extra charges include:

Due to the fact that they were bred to live in the Swiss Alps, Berner’s have very thick coats to keep them warm. This means there will be a lot of shedding! Their coats are high maintenance and require a lot of attention. Berners need to be brushed a couple of time a week, it could even increase to daily during the summer months when their shedding increases considerably.

Like most other dogs, Bernese Mountain Dogs need about an hour of exercise each day. On top of this they are very playful dogs and will need additional playtime and mental stimulation to keep them busy and entertained. Since Bernese Mountain Dogs have such thick coats they can easily over-heat during the summer months. You might want to take advantage of cold weather and use it as an opportunity to go for extra-long walks with your pet.

Like all pedigree dogs there are a few breed specific conditions you should be aware of. 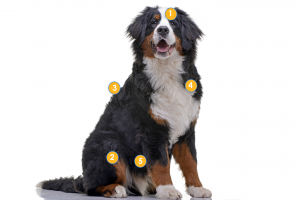 Progressive Retinal Atrophy (PRA) is a progressive eye disease that can lead to blindness. It affects the retina of the eye and is usually in both eyes. Early symptoms include difficulty seeing in dim light and dilated pupils. From the time the signs become obvious to complete loss of sight is approximately 6 months. As this process is gradual most dogs cope well. There is currently no cure, but many studies are still being carried out.

Many different breeds can suffer from hip or elbow dysplasia, but it is relatively common in Bernese Mountain Dogs. This disease is caused in the hips when the joints do not fit together perfectly. Signs include walking stiffly, hip pain and difficulty getting up from a sitting position. In the elbows, one or both elbows develop abnormally and may look bowed. Both conditions cause pain, swelling and eventually arthritis. Maintaining a healthy weight alongside a good quality diet and food supplements for joint health can help. Dysplasia can be screened for and should be done by all breeders before deciding on whether or not to breed two dogs.

If the ligament holding the kneecap in place is not in normal alignment it can cause the kneecap to snap in and out of place. This disease is called luxating patella. Some signs of this include dogs sometimes ‘leave out’ one of their back legs when walking or running or they might not use that leg at all. Some dogs find this painful and it can put a strain on other parts of the knee and cause arthritis. Surgery can help to correct the problem. Maintaining a healthy body weight and using food supplements for joint health can help.

Degenerative Myelopathy (DM) is a progressive and fatal degenerative disease of the spinal cord caused by a gene mutation. Degeneration of the outer layer of tissue of the spinal cord – white matter, in the thoracic section of the spine, over time leads to complete paralysis of all limbs known as tetraplegia. This is a chronic and fatal condition that has no effective treatment. Classic signs of DM are seen at roughly 8 to 9 years of age, but it has been reported in dogs as young as 6 months. It involves hindlimb ataxia (uncoordinated and wobbly), which progresses to hindlimb weakness (paresis) with an inability to stand and then to complete hindlimb paralysis. If allowed to progress, it will travel up the spinal cord and affect the forelimbs, leading to tetraplegia. Even though this is considered a non-painful condition, it can be extremely distressing for the dog, particularly as their mobility decreases. It requires high nursing care and commitment from the owners, as through the progression normal urine and faecal control will be lost. Pressure sores and ulcers are also a risk so attention to their needs is paramount. Despite the lack of effective treatments, physiotherapy in the early stages can help them stay mobile for longer. Owners usually opt for euthanasia before it progresses to tetraplegia.

Gene testing is available to identify animals at risk of developing DM or those that are carriers.

Bernese Mountain Dogs commonly suffer from acute moist dermatitis or hot spots. These are smelly, painful sores that arise anywhere on the body but most commonly on the legs, head and hips. Hot spots are caused when the dog scratches or licks an itchy spot to the point of causing an open wound that then becomes infected. The hot spot may first be noticeable as a patch of matted hair over the spot, and it can grow in size quickly. Treatment involves preventing continued self-trauma and sometimes antibiotics and topical steroid creams are prescribed to help clear up the lesion and break the itch-scratch cycle.

A common ailment among Bernese Mountain Dogs is bloat, or Gastric Dilatation and Volvulus (GDV). In its early stage, the stomach fills with gas, causing a simple gastric dilatation or bloat. Sometimes, the condition progresses no further than a bloat. A GDV is a progression of the bloat into a volvulus, in which the huge, gas-filled stomach twists upon itself so that both the entrance and exit of the stomach become occluded, blocking the escape of gas, liquids and stomach contents. This build-up of gas and liquid causes the stomach to expand like a balloon (dilatation).

It is not just the passage of gas and liquid from the stomach that’s altered in GDV, it’s also the blood flow to and from the stomach, as well as throughout the rest of the body (including to and from the heart), that’s severely compromised. The severely bloated stomach can also cause breathing issues and a host of serious metabolic problems — such as acid-base and electrolyte imbalances, blood clotting abnormalities, and widespread inflammation.

Patients typically present with non-productive vomiting or dry heaving; they may bring up small amounts of water or large volumes of viscous stringy saliva. Restlessness, this is when your pet is anxious and paced, unable to get comfortable. They may salivate excessively, have difficulty breathing or an increased respiratory effort or rate. Rapid Heart rate, pale mucous membranes and even collapse. If left untreated, GDV is fatal.

Abdominal distension and discomfort, although a distended abdomen may not always be noticeable due to the dog’s conformation, as in deep chested dogs the area of the abdomen where a distended abdomen resides may be up behind the ribcage. Being long haired or overweight may also disguise a bloated abdomen. Not all GDVs have an obvious bloat!

Factors suspected to increase the risk of GDV are large deep chested breeds, feeding one meal a day, eating rapidly, feeding a dry diet, exercising immediately after a meal. It is also more prevalent in older dogs 7 to 12 years old and males seem to be at a higher risk.

Precautionary measures are advised to reduce risks such as: feeding a wet diet, feeding smaller meals more often – at least twice daily, and no exercise for several hours after a meal. Fast eaters may need some modification to the way they are fed such as calming techniques for food related anxieties or tools such as slow feeders.

Abdominal x-rays are the most reliable way to assess stomach position and diagnose bloat. Stabilisation of the patient and diagnostics must be performed immediately. Surgical intervention is a necessary step in the treatment of bloat and should be done as soon as the patient is stable enough to undergo anaesthesia and surgery. Surgery requires de-rotation of the stomach facilitated by decompression of the bloat, assessment of surrounding tissues due to loss of blood flow and will also require a Gastropexy which involves the adhesion of the stomach to the right side of the abdominal wall so it cannot shift or twist.

If you have any concerns about your dog’s health do not hesitate to get in touch with our Careline. They will be able to answer any questions that you may have. 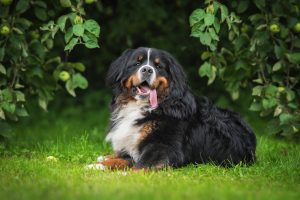 Bernese Mountain Dogs, like most pure-bred dogs, have their accompanying health issues. You never know what might happen as they get older. Find out how we can cover your pet from accidents as well as illnesses they may suffer from.

It’s normally best to insure your dogs from a young age, before any conditions become an issue. Insuring your Bernese Mountain Dog from a young age will tend to be cheaper. Although you can get insurance for older dogs too. 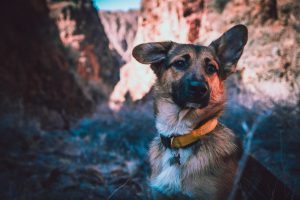 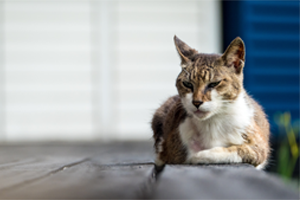 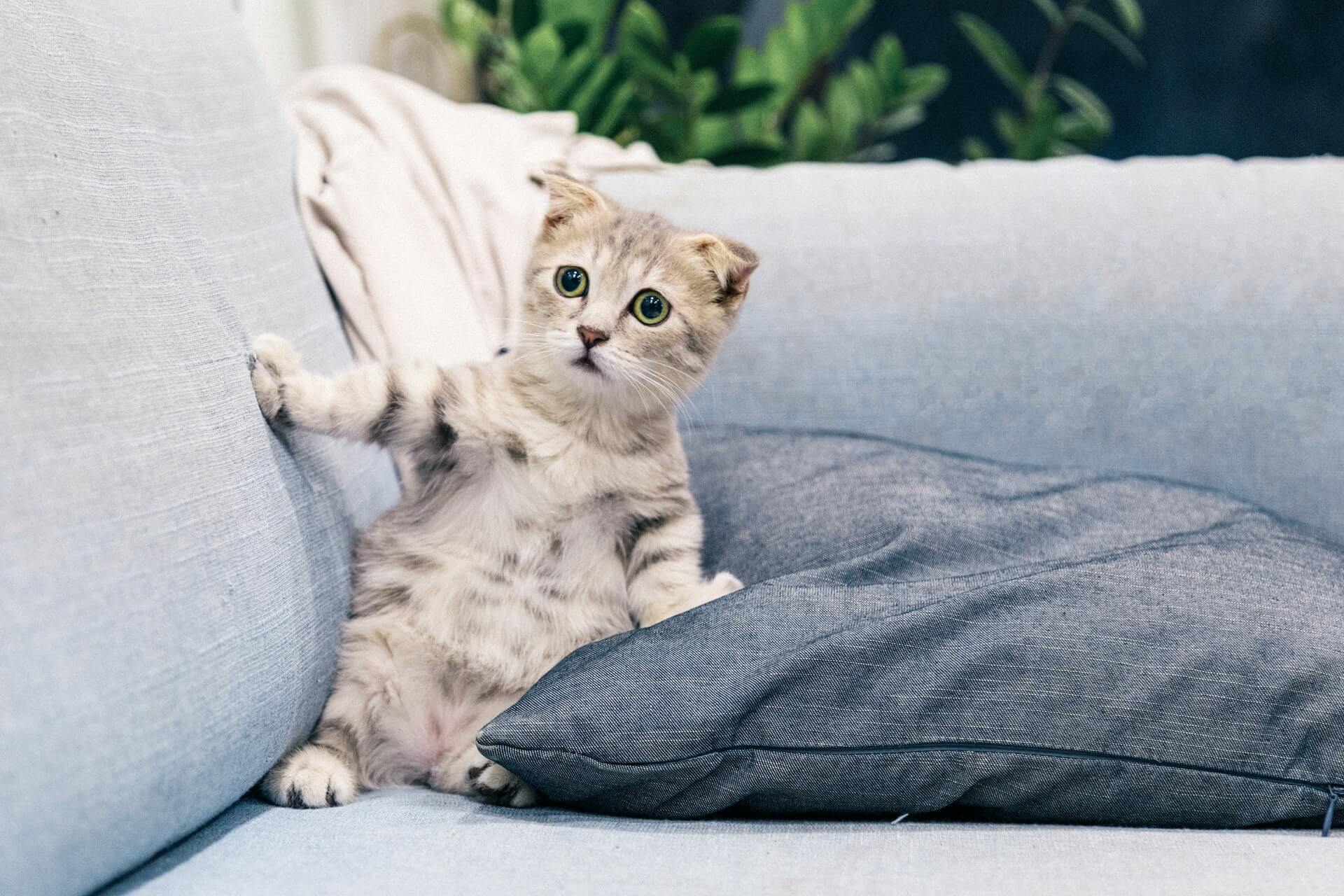 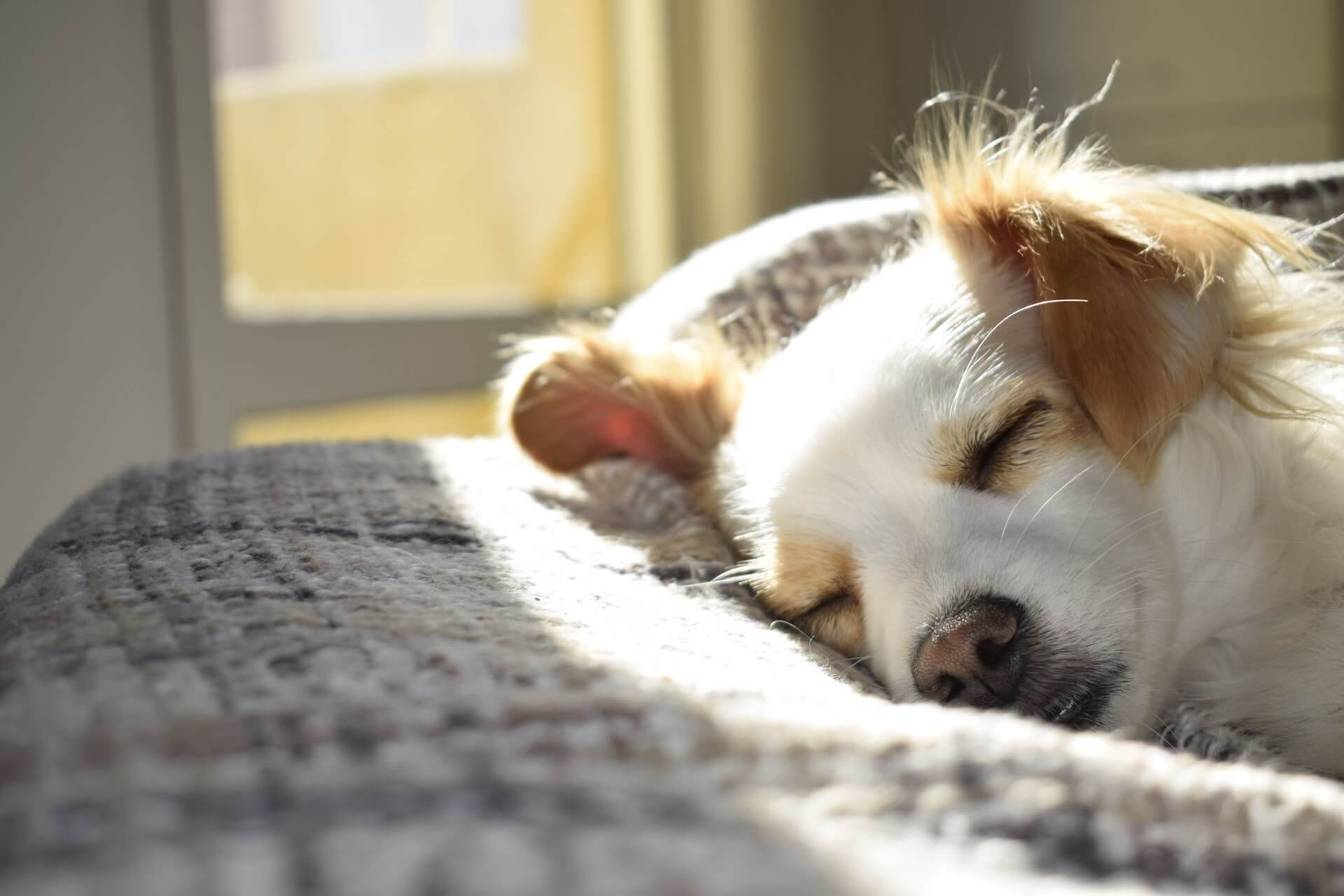 Looking for insurance for your Bernese Mountain Dog. Our 5* Defaqto rated cover is rated Excellent by our members on Trustpilot.

Lifetime cover
Maximum benefit cover
Time limited cover
Accident only cover
Pre-existing conditions pet insurance
Why dog insurance?
Menu
Share via
Facebook
Twitter
LinkedIn
Mix
Email
Print
Copy Link
Powered by Social Snap
Copy link
CopyCopied
Powered by Social Snap
To help you get the best experience from our site and to tailor, measure and validate ads, campaigns and offers we use cookies. By clicking on or navigating the site you agree to allow us to collect information through the use of cookies. Find out more about how we use cookies in our privacy policy.
Close